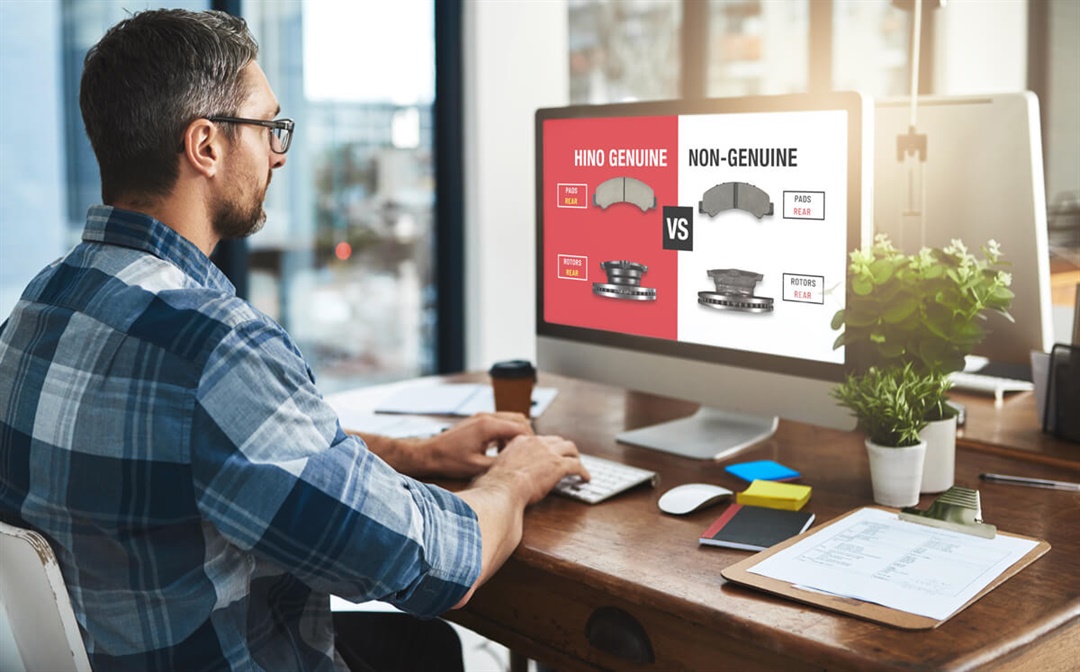 Hino Australia has released a series of informative videos that demonstrate the difference of using non-genuine parts instead of Hino genuine parts.

Hino Australia has released a series of informative videos that demonstrate the difference of using non-genuine parts instead of Hino genuine parts, following extensive testing in real-world scenarios.

The three videos focus on the performance of brake pads and headlights, as well as the importance of bullbar integrity to truck safety.

“We understand that for our fleet, private and workshop customers, it can be an easy temptation to keep costs down by using non-genuine parts when replacement parts are required.

“As these videos demonstrate, this can be a false economy in terms of product performance, longevity and safety.

“At Hino, we believe we are one of a small number of truck manufacturers in Australia that undertakes this level of rigorous testing.

We have produced the videos to reinforce to our customers that all Hino genuine parts are made to the same exacting Quality, Durability and Reliability (QDR) standards and original equipment integrity that every Hino truck is built to.

Conducted independently by a third party commissioned by Hino, the two separate brake and headlight test programs were conducted under controlled conditions, with all outcomes appropriately measured.

Genuine Hino brake pads were compared with a set of non-genuine pads on the rear axle of a 300 Series Hino Tipper under controlled conditions in two major separate drive events, during which over 4000 brake applications were completed.

“After the second drive event, an industry standard roller brake test was conducted which showed that Hino genuine pads and rotors delivered over 10% greater braking force than the non-genuine substitute.”

“Additionally, the Hino brake pads did not show any signs of fatigue or heat cracking, whereas the non-genuine pads showed signs of both.” 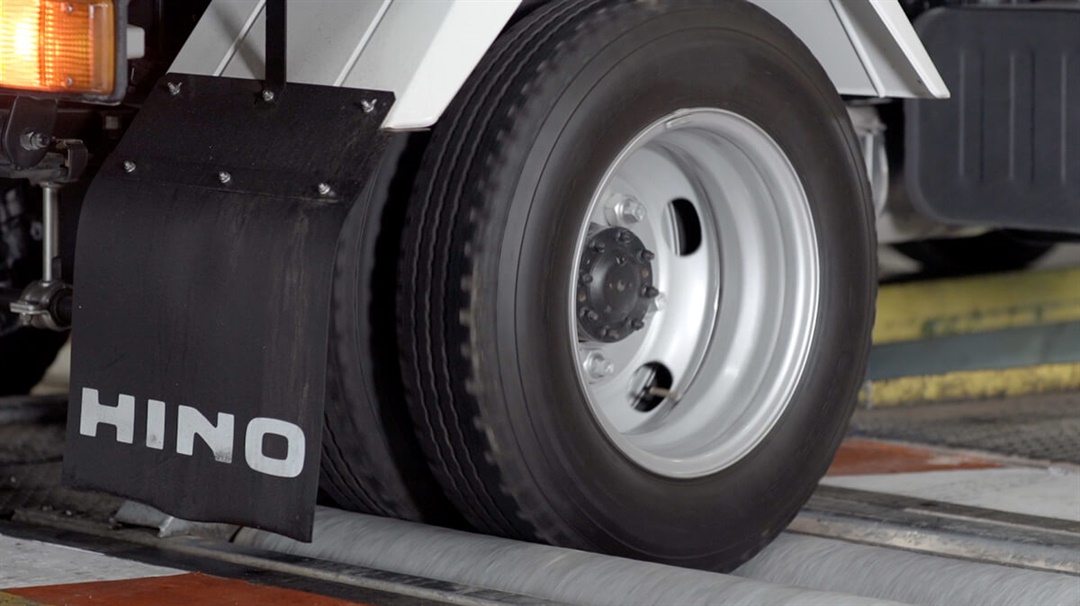 An industry standard roller brake test was conducted which showed that Hino genuine pads and rotors delivered over 10% greater braking force than the non-genuine substitute.

It was a similar story in the next test, where genuine and non-genuine headlights which were tested on a Hino 500 Series FC Standard Cab, using the same control globes.

“The genuine Hino headlights produced a measurable light distance of 37.9 metres compared to the non-genuine units at 33.5 metres.

“At 100 kilometres per hour, that extra 4.4 metres would mean the Hino driver with the genuine headlights would have over 10 metres to react to a hazard, versus less than six metres for the truck equipped with non-genuine headlights.

In the third video, Hino outlines the importance that a Hino genuine bullbar plays in the safety of a vehicle, its cooling, and its structural integrity in the event of a collision.

When a bullbar is fitted to a truck, it is important to ensure that the key safety features of the vehicle, such as the airbag deployment, front underrun protection, and preventative crash system radars and headlamps, are all able to function correctly.

Any interference to these features will lead to the vehicle not meeting Australian Design Rules, which could result in receiving an infringement notice and fine.

“Whether customers operate one truck or a large fleet, this all just makes business sense,” he concluded.

Both Hino genuine parts warranties cover the entire Hino truck range and all parts and accessories, and apply nationwide.

For more information or to view the videos